Why Invest in Emerging Markets? 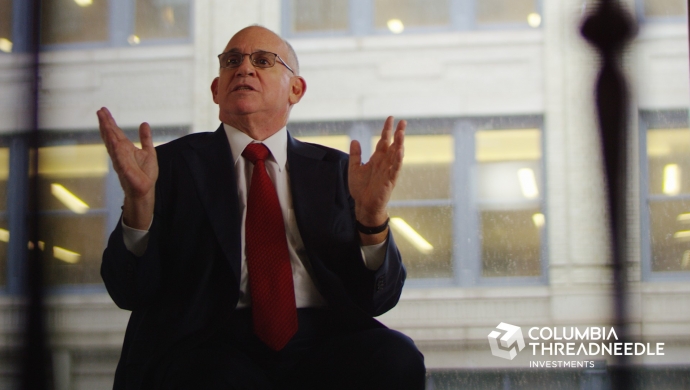 And why do you make any investment? You invest so that your investment grows, and that’s what emerging markets are offering you.

It’s a good question: why should investors look for opportunities in emerging markets? It’s one I get asked a lot. And I think there’s a few reasons. One is I’m going to suggest that they’re just too big to ignore. Emerging markets are about 40 percent of the global economy. That’s doubled in the past 25 years. 10, 20 years ago, you know, you might’ve looked there, but it wasn’t really a meaningful part of the world. Now, the emerging markets are the largest economy in the world. It’s bigger than the US, they’re bigger than Japan, they’re bigger than all of Europe.

So the emerging markets offer this combination of they’re big, they’re meaningful and you have to be aware of them, but they also have good growth going forward. What’s driving growth in emerging markets is what drives growth in every economy—population growth plus productivity growth. And those, those are complicated terms. So let’s think about it simply. You own a bakery. How could you bake more bread? I’m going to suggest there’s only two ways you can bake more bread: more bakers or better ovens. More bakers means more workers, that’s called labor force growth. Productivity, that’s your better ovens, you get more out of the oven. Well, what emerging markets have going for them is great demographics, rapid population growth, measurably more than the, what we call the developed markets, the U.S., Europe, Japan.

And also, what the emerging markets have going for them is this productivity growth -- my better ovens analogy. Productivity, emerging markets is forecasted to grow at rates of like, four to five percent. In the developed economies, like the United States, Europe, Japan, the number is more like one or two. It’s not that we’re doing anything wrong in the developed markets like the United States, Europe, Japan; it’s that we already are so productive. So boosting productivity, more output per worker, you know, more bread out of the oven, so to speak, in that analogy, in an advanced economy like the United States, like Europe, like Japan, requires big investment. I mean, going to new operating systems, and 3D glasses and artificial intelligence. Boosting productivity in the emerging markets might be as simple as putting in a light bulb so workers can work as it gets dark. You talk about growth of five, six, seven percent in the economies in the emerging markets, while the more advanced economies like the US, Europe, Japan, real growth tends to be two, three percent, sometimes stuck at around one or two percent.

I think investors who are attracted to emerging markets have to realize that attraction has risk in it that’s unique to emerging markets. They don’t necessarily have the transparency, the visibility, the flow of information that we have in the United States, what we call the developed markets, the US, Europe, et cetera. They don’t necessarily have the regulations that control companies that we have in developed markets. So yes, there are risks that are unique to emerging markets that are part of the, what I’ll call the costs of getting the opportunity in those emerging markets. So if you’re not investing in emerging markets -- and it might not be right for you -- but at least be aware you’re making a decision to avoid what is the biggest economy in the world. And you’re also making a decision to avoid what most analysts would forecast to be the most rapidly growing economy in the world.

The views expressed are as of October 2016, may change as market or other conditions change and may differ from views expressed by other Columbia Management Investment Advisers, LLC (CMIA) associates or affiliates. Actual investments or investment decisions made by CMIA and its affiliates, whether for its own account or on behalf of clients, may not necessarily reflect the views expressed. This information is not intended to provide investment advice and does not take into consideration individual investor circumstances. Investment decisions should always be made based on an investor's specific financial needs, objectives, goals, time horizon and risk tolerance. Asset classes described may not be suitable for all investors. Past performance does not guarantee future results, and no forecast should be considered a guarantee either. Since economic and market conditions change frequently, there can be no assurance that the trends described here will continue or that any forecasts are accurate.

“Productivity -- emerging markets is forecasted to grow…more like one or two.” Source: Compiled by Columbia Management Investment Advisers, LLC using data obtained from ILO and World Bank, as of September 26, 2016.

“Growth of five, six, seven percent in the economies in the emerging markets…stuck at around one or two percent.” Source: IMF, October 2016.

“Forecast to be the most rapidly growing economy in the world.” Source: IMF, October 2016.

Columbia Threadneedle Investments is the global brand name of the Columbia and Threadneedle group of companies.