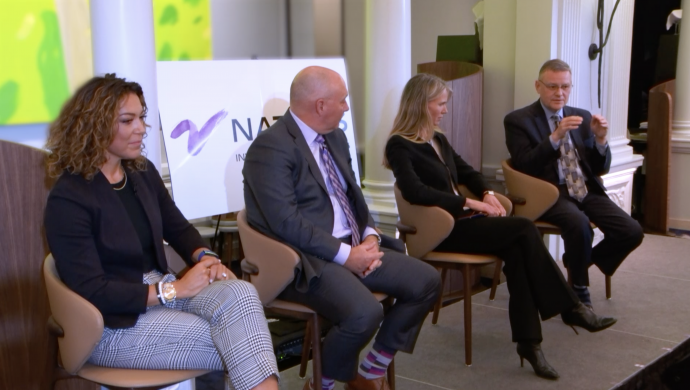 JACK JANASIEWICZ: I think there is a risk of increased regulation, and I think if we do get significant regulation, that could be a pretty good knee-jerk reaction in the crypto space.  So again, talking about a five-to-ten percent correction in equities, that’s pretty run-of-the-mill.  But I think you could see, you know, a pretty good drawdown in terms of cryptos, especially with that headline risk regulations there, so that’s where I would put my chips.

DAVE GOODSELL: Put you out on the edge here.  A lot of the institutions we spoke to, a majority think at some point it has to get regulated.  You think that’s going to happen?

JACK JANASIEWICZ: Listen, any time the government can get their hands on potential revenues, they’re going to.  So I don’t see how this one slips by the wayside here.

AMBER FAIRBANKS: I’d have to agree with crypto.  It’s just, I don’t understand it and I think that’s a big part of it.  I have no idea why it does what it does.  It’s volatile and there’s no underlying fundamentals as far as I can tell, so.  I’ll go with crypto.

MIKE ACTON: I guess I’m going to show my age here, but I remember when I was in college, I saw Peter Lynch speak once.  “Don’t even buy anything unless you can take a crayon and a piece of paper and explain it.”  And so there’s a lot of things I don’t understand in today’s market.  I don’t understand crypto.  I don’t understand how Tesla’s worth more than all the other car companies added together.  I don’t understand most SPACs. Things like that.  I talked crypto with the young people at work, they all buy it, they all trade in it.  And they say to me, “This crypto’s just as valid as those paper bill you have in your wallet,” and I say, “My papers bills have a really large army behind them.  What’s your crypto have?”  And they kind of get silent and they get mad at me and walk away.

ANDREA DICENSO: Could we be staring down the barrel of a gun in the next 18 months to watch how the Fed handles potentially higher inflation, and can they really thread the needle properly?  It seems that Chairman Powell, as well as his colleagues, they are taking it very seriously and communicating as clearly as they can as the inflation data is shifting and changing.  So that communication openness is the best bet at not tripping up this global growth that they have set up for the economy to play out.  So while, yes, inflation will be higher, it’s unlikely to be so much higher that we will have an unprecedented response from central banks to tighten and really starve off that risk trade.

MIKE ACTON: So the Great Resignation has gotten a lot of press, obviously, but it’s not really true, right?  Yes, four and a half million, four and a quarter million quit their jobs the last handful of months.  Before the pandemic, it was averaging about three-and-a-half million.  Dropped precipitously -- like I can send you the data if you’ll give me your card afterward.  It dropped a lot last year.  People didn’t quit their jobs last year.  Why -- where would you go, right?  That whole thing.  So if you do like a two-year moving average on quits, it’s actually down a little bit from pre-pandemic levels.  So first of all, so there’s no mass resignation going on.  But there are groups in this country that have been really hurt by what’s happened over the last 18 months, and I would say, women in general have suffered the real brunt of this.  When everybody moved home, women still did most of the work at home, and they did their work.  The kids weren’t in school.  A lot of that fell on working women as well.  And then as we started to reopen, the group that’s been most hit is women with children under age six.  A lot of daycare, a lot of those arrangements are not back to normal yet.  They’re really struggling to figure out what to do with those kids.  Maybe if the Build Back Better passes and we get universal pre-K, maybe that’ll help or something like that. 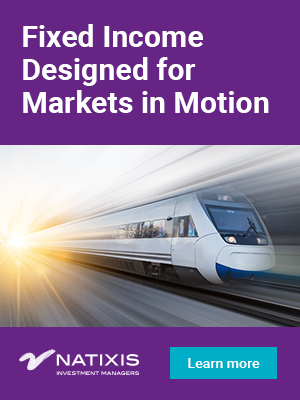