Streaming video competition is heating up 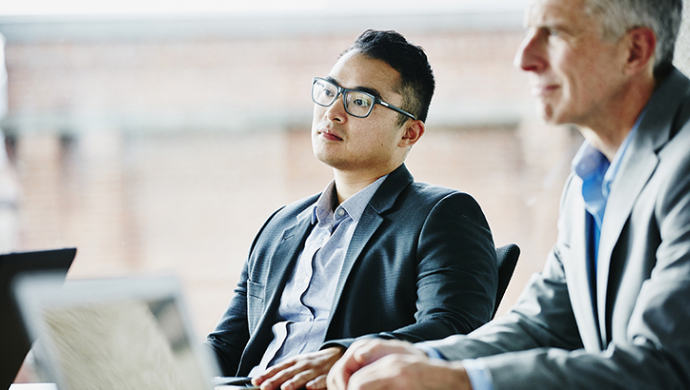 WATCH LATER
More streaming service options are available to video consumers this awards season. Investment analyst Brad Barrett breaks down the entrants in what some in the media industry have dubbed “streaming wars.”

Michael Utley: Well, it seems everybody and his brother is offering a video streaming service these days. Reading a Bloomberg news piece the other day, they made an interesting observation that if all goes as planned, by mid-2020 four of the most valuable public companies in the U.S. will have introduced a streaming service in less than a year. Can you explain to us why this is happening now, and how did we get here?

Brad Barrett: Sure. I think it’s worth starting with a little bit of a historical context, because the four companies, Apple, AT&T via HBO, Comcast and Disney, are not new to this market, actually. There’ve been multiple attempts.

So for AT&T, they’ve had multiple attempts under the AT&T brand, but even HBO has had HBO GO and then HBO Now and this yet-to-be-launched HBO Max. Disney had an attempt in Europe called DisneyLife. Comcast has had at least three efforts. Although Apple is completely new to this market, this is more like the latest effort — albeit much more meaningful in size, so bigger in size.

So why now? I guess the first point would be about a third of viewing this year is going to be done on streaming platforms, as opposed to the traditional linear platforms of broadcast and cable satellite TV.

Brad Barrett: I think historically there’s also been an attempt by these companies to balance their legacy business of selling via cable operators, where they made a lot of money with launching new products that would inevitably cannibalize those old products.

Brad Barrett: And I think over the last couple of years, it’s become increasingly clear that the trajectory — the negative trajectory — the traditional ecosystem was on was going to happen no matter what. So they sort of collectively came to the conclusion that they may as well eat their own lunch because someone is going to.

Brad Barrett: And I think the last reason would just be the proof point of Netflix building a $20 billion business —

Brad Barrett: — in streaming — direct to consumer, subscriptions — and continuing to grow at a very fast clip.

Michael Utley: Are you saying that the big companies are basically seeing that the Netflix model works very nicely and trying to jump on board?

Brad Barrett: It’s a fundamentally better consumer value proposition, because it’s cheaper in the sense that you’re collapsing the value chain. So the traditional ecosystem would be, you know, the three levels. You have the production of TV and movies. In this case, we’ll stick with TV. You had the sort of network layer. And then you sold that network on a wholesale basis to a cable or satellite operator.

Brad Barrett: And in streaming you’re sort of leveraging the pre-existing infrastructure of the internet, and you don’t have that last layer. And you can build direct relationships with consumers, and you can sell it cheaper because you’re not having the markup and all the infrastructure costs of the cable operators.

Brad Barrett: And then it’s better, of course, because it’s on demand; it’s on every device. Because it’s cheaper to provide, you can do things like have it be commercial free, full-season stacks, all the things that we’ve come to love about the streaming model. So usually “better and cheaper” is a pretty good consumer motivator.

Michael Utley: Absolutely. So, what does all this activity mean for investors? You’ve got so much competition now, so many different outlets available to consumers — as an analyst, how do you differentiate them? And how do you ultimately figure out who’s going to win and who’s going to lose?

Brad Barrett: First, I don’t totally agree with the conception of the market as being just a streaming market.

Brad Barrett: I conceive of the market as being sort of the in-home video entertainment market, if you will. And the streaming is this relatively small but rapidly growing part of it. The big thing to get right is that streaming is taking a whole bunch of market share from linear.

Brad Barrett: And then the intra-streaming battle is sort of the secondary thing. But when examining the sort of intra-streaming war, if you will, you look at things like — to determine who’s going to win — who has scale. This is arguably [an] increasing-returns to-scale business among industries, which means the bigger you get, the more advantage and the higher returns —

Brad Barrett: — you get. And then I examine things like the competency of the individual companies that are doing this. Some are certainly just better than others at it. I look at who brings unique assets to bear — differentiating assets — and then what their individual strategies are.

Past results are not predictive of results in future periods.

Investing outside the U.S. involves risks, such as currency fluctuations, periods of illiquidity and price volatility, as more fully described in the prospectus. These risks may be heightened in connection with investments in developing countries. Small-company stocks entail additional risks, and they can fluctuate in price more than larger company stocks.

Statements attributed to an individual represent the opinions of that individual as of the date published and do not necessarily reflect the opinions of Capital Group or its affiliates. This information is intended to highlight issues and should not be considered advice, an endorsement or a recommendation.

This content, developed by Capital Group, home of American Funds, should not be used as a primary basis for investment decisions and is not intended to serve as impartial investment or fiduciary advice.

Any reference to a company, product or service does not constitute endorsement or recommendation for purchase and should not be considered investment advice.