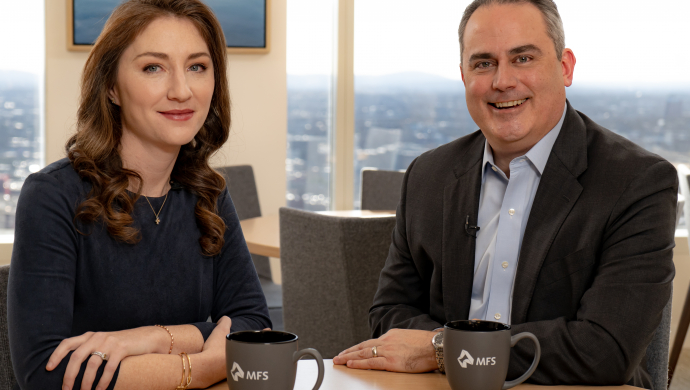 Doug: So when I first looked at the SECURE Act, it really seemed like Congress was trying to make it easier for small employers to help out their employees. Is that true? And if so, what did they do?

Jessica: You're right Doug. So I'd say one of the overarching themes within the SECURE Act is trying to make it more attractive for small business owners to offer their employees access to an employer sponsored [00:00:30] retirement savings vehicle. So there are a few things in the bill that tried to get at this. The first of which is the SECURE Act increases the tax credits that employers can take advantage of when they open a retirement savings plan for their employees.

Doug: Yeah. So to maybe be selfish for a second, my wife owns a small business. She's got three employees. If she went to go [00:01:00] open a 401k, I assume there's fees involved with that. This would help her out?

Jessica: There's fees, there's time. As a small employer, the offering a retirement savings plan, let's face it, it's probably not at the top of your list. So we really need to think of ways to incentivize small business owners, small employers, to think about offering their employees access to say a 401k plan.

Doug: So one of the things I saw [00:01:30] was about how employers can group together to do a plan. Maybe a couple of people try to get economies of scale by... I was going to say merging. I don't think that's right. How does that work?

Jessica: Right. So it is a little complicated, but I think what you're alluding to is this whole notion of open MEPs or open multiple employer plans. And you've probably seen a lot of headlines. This has gotten a lot of attention. [00:02:00] So the SECURE Act did include open MEPs, they're calling it something a little different. They're calling it pooled employer plans. So really this PEP, pooled employer plan is a new kind of MEP and it allows unrelated small businesses or even large businesses, but different employers to come together under the umbrella of a single retirement savings plan that they can offer to [00:02:30] their employees.

Doug: Okay. So my wife owns a business, she's got three employees. Her best friend owns a home healthcare agent. She's got like six. So you're saying they could offer one 401k plan and all their employees could benefit?

Jessica: That's exactly right. And under the current regime, prior to the SECURE Act passing, that wouldn't have been quite possible because before we had this whole notion of requiring a common nexus. [00:03:00] So the employers had to have something in common other than offering employees the same retirement savings plan. So it removes this whole common nexus requirement, which has really been an impediment to seeing open MEPs being offered more widely.

Doug: Okay. So maybe I'm being paranoid, but I'm thinking of if I joined together with a bunch of different companies to offer a 401k to my employees, what happens if one of the other [00:03:30] employers makes a really serious mistake? Is that going to affect my employees and my business?

Jessica: So that's a great question Doug. And that's a very real question. I think a lot of employers didn't want to join an open MEP or a MEP structure, I should say for that fear exactly. So in addition to removing this common nexus requirement, the SECURE Act also addresses this whole idea of the one bad apple rule. So [00:04:00] it creates a mechanism by which the entire plan isn't disqualified because one underlying employer makes an error. So you're right.

Doug: Good. Well it seems like they've made things easier. One of the other things that I think might be more common in small employers is using a lot of part time employees. Does the act change anything around that?

Jessica: Yes. So this is one of the provisions that we're really excited about because if you think about the [00:04:30] SECURE Act at a very high level, one of the things that we're trying to accomplish is to offer more Americans access to an employer sponsored retirement savings plan. And prior to the SECURE Act part time workers weren't required, or I should say employers weren't required to offer part time workers access to say a 401k plan. But going forward they will have to offer part time workers [00:05:00] access. So we think this will be pretty meaningful in terms of raising coverage broadly.

Doug: So if I'm concerned about, I've got a bunch of employees, I've offered this plan, but they're not really taking advantage of it and I'm worried maybe they're just going to stay here forever, is there something I can do to nudge people along a little bit?

Jessica: So I think that's where we've seen the implementation of automatic features like automatic escalation, [00:05:30] automatic enrollment, they've been really impactful. But broadly speaking, they've mostly been implemented among the larger plans. So one of the things that the SECURE Act does is it creates this new tax credit for employers to implement automatic enrollment. So hopefully we'll see that. And that will also serve to increase adoption of the 401k plan or the employer sponsored retirement savings [00:06:00] plan.

Doug: So maybe just to simplify it, because I haven't been following it this closely. So it seems like I could design a plan as a small business owner and then as people joined my company, I could automatically have them put up some percentage of their salary in the plan. And then you're saying that can go up every year or..?

Jessica: So there's automatic enrollment, which is what you just described. And then there's automatic escalation. So first things first [00:06:30] we want to get employees in the plan. So in your scenario you've gotten them automatically enrolled into the plan, which is great. But then we want to make sure that they're saving and maybe saving more over time. And a way that we can support that is through auto escalation. So the SECURE Act does include a provision that's related to automatic escalation there it offers increase in the safe harbor on automatic escalation. [00:07:00] So prior to the SECURE Act, there was a safe harbor up to 10% and that's been increased up to 15%. So we think that's a step in the right direction.

Doug: Awesome. Sort of a boil the frog strategy, right? Get them in low, increase it so they don't notice. I guess the reason I'm thinking about that is when my daughter got her first job in high school, I talked her into putting 25% of her pay into the 401k. It took me multiple conversations to make sure she didn't immediately [00:07:30] dial back. Maybe starting at five and upping it a little bit over time might've been better.

Jessica: Right. And I think that the reality is people need to be saving for retirement, but life happens and life can be expensive. So they might need to be servicing debt that exists. Student loans, think about that. There's a lot of conversation around how employers can help their employees, particularly their younger employees, pay down their student debt. And maybe that's something [00:08:00] that we'll see addressed in future legislation. As excited as we are about the SECURE Act, there's already a lot of conversation about what could come next.

Doug: And it seems like there's a lot of provisions that even as we're struggling to try to understand what it means now, we haven't gotten a whole lot of guidance from the federal government yet about how they're going to implement these rules.

Jessica: Spot on. Exactly. I'd say that's exactly right. And the way that I'm thinking [00:08:30] about the SECURE Act today, so very soon after it's been signed into law, is that it really offers kind of broad brush strokes in terms of where we're headed. But we really need to wait and see the regulations. They'll be able to provide us with further color and structure around how these various provisions can actually be implemented. And it's going to take a while.

Doug: So it sounds like, at least on the employer plans [00:09:00] side, this was really focused on making things easier and more flexible to offer a plan to your employees. Am I missing something or was that a significant change?

Jessica: I think you're hitting on one of the most important kind of overarching aims of the SECURE Act, which was to encourage small business owners in particular to offer their employees a retirement savings plan. So we're hopeful on that front that [00:09:30] some of these provisions can move the needle.

The views expressed are those of the speaker and are subject to change at any time. These views are for informational purposes only and should not be relied upon as a recommendation to purchase any security or as a solicitation or investment advice from the Advisor.