Opportunities in Industrials in Today’s Environment 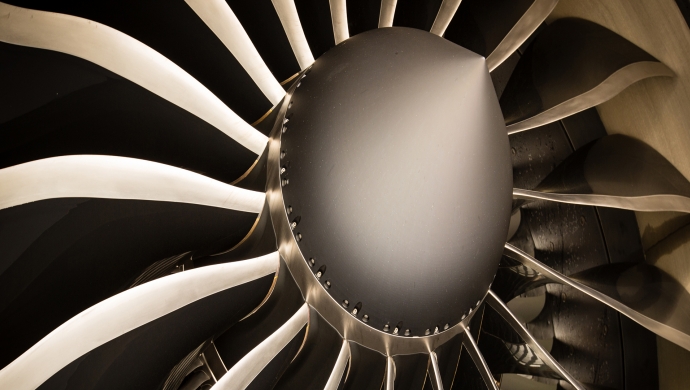 WATCH LATER
Capital Group Portfolio Manager Martin Jacobs discusses what he looks for in industrial companies in today’s environment and shares two opportunities he has identified.

Will McKenna: Can you talk about, when you look across the various companies that you cover, where you see some of the greatest areas of opportunity?

Will McKenna: And again, not a specific investment recommendation, but any specific examples of the kind of companies that have those characteristics — whether it's broadening their geographies, a robust pipeline ...?

Martin Jacobs: So let me give you an example of a few. GE [General Electric] is a company that's going through a massive transformation today. They are exiting their financial services business, which at one time was more than half of the profits of the company. That business is structurally a different business today. If they had kept it, it would have been designated as a systemically important financial institution, which means that they would have had to hold very high levels of capital; they would be regulated in terms of how they could grow that business, and the returns from that business would essentially be value-destructive. So I think they're making the right decision by exiting that business.

In the meantime, they have an infrastructure-oriented portfolio around places like health care and jet engines and power generation and oil and gas that are all positioned to grow based on technology; based on their ability to expand the scope geographically; and then, finally, based on their ability to grow margins, which is something that the company is focusing on — they’ve restructured their incentive compensation to do so. And then, finally, it's a business where, if you look at the portfolio in total, roughly 70% of the profits are actually derived from services in after-market, so a very highly reliable stream of income —

Martin Jacobs: Exactly. And then on top of that, they're very adamant about maintaining a very strong dividend policy, which is another important component of total shareholder return. So that would be one example of a company that I think can thrive and do well, even in a difficult, slow-growth environment.

On the other hand, I think companies that have acquisition competencies are also going to distinguish themselves, because obviously, in a world where organic growth is hard to come by, if you have the ability to acquire other companies and create value, then that's another way that you can create a lot of shareholder value.

So in that respect, we're very interested in this Tyco-Johnson Controls merger. It's a merger of two companies that are broadly involved in the building space. Johnson Controls makes control products; they own an HVAC [heating, ventilation and air conditioning] business. Tyco International owns security products; they have a fire business. They bring these two entities together, and then they try to develop a platform so that large-building managers can essentially operate all of the systems through one control system and bring those synergies together. And then, because they have overlapping branches all over the world, there are huge opportunities to take out cost savings, at least $650 million. So it's a type of thing where a) there's genuine organic growth in what they're doing, but b) they're augmenting that growth by driving these huge cost savings by bringing these two companies together.