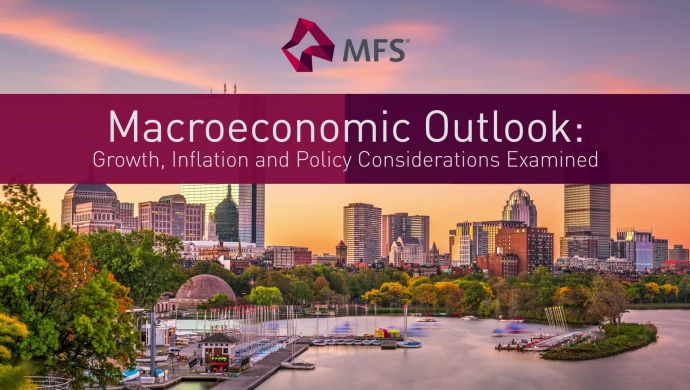 I'm Linda Nockler from the Investment Solutions Group. I'm here today with Rob Hall, a fixed income Institutional Portfolio Manager. The market has been characterized by a great deal of volatility and uncertainty since the onset of the pandemic last year. In our discussion, Rob will provide insight on the macroeconomic context for the current market conditions. Rob, I'd like to begin by asking you about the outlook for global growth, a critical factor in determining policy and the market environment.

Well thanks, Linda. Let me start off by making a few observations on growth. First of all, global growth has been strong and there's no surprise there. That's exactly what had been anticipated. And we think it's likely to continue at a solid clip in the second half of the year. In fact, the IMF is forecasting that in 2021, we'll see the highest level of calendar year global GDP growth in over 40 years. Now that's been great for riskier assets because it means that fundamentals have been very supportive, even though valuations are stretched.

But that said, there are still some notable regional differences in the pace of growth. The United States is leading the way this year, partly due to exceptionally accommodative monetary and fiscal policy, partly due to high household savings. And partly because of the relative success of vaccination programs. That won't last. The US will be facing a fiscal cliff over the next few quarters. So the fiscal impulse supporting growth will fade over time. Now continued recovery in the labor market and a healthy consumer may keep growth above trend well into 2022, but it's quite possible the US will hand the baton of global growth leadership to Europe sometime in the next year. I'll also note in connection with growth that right now there's a significant disparity between DM and EM growth. And it's not often that you see a developed market economies growing at a faster pace than emerging economies, but that is current state.

Thanks Rob. As you know, inflation is a topic on many investors minds at present. We've seen inflation rise in the US particularly. Some are predicting a broad-based increase in inflation, given the current pace of growth and the amount of stimulus provided to address the pandemic lockdowns. What's your view on this? Will inflation likely be transitory or will it prove to be more persistent?

Well, inflation in my view has been the dominating story in the macro world over the last few months. And it will probably be the central macro debate for the rest of the year. Inflation has surprised to the upside in the United States. So along with exceptional growth versus the rest of the world, you're also seeing exceptional inflation. You see it in supply bottlenecks, things like slower supplier delivery times, labor shortages, and wage pressures that are resulting from those shortages and also higher commodity prices. It's increasingly widespread.

Now you've asked the key question here. Will higher inflation in the US be transitory or persistent? The Fed is taking the view that it's transitory and that could be right. Others will tell you that one time price adjustments coming out of an economic shutdown are just that, one and done. They're unpleasant, but it doesn't leave you with a higher rate of inflation. But others are wondering if there had been some structural shifts.

In a recent equity meeting that I attended, one of the analysts pointed out that all the negativity around fossil fuels could actually lead to under-investment in exploration and production that results in oil shortages well before renewable energy sources have had time to fill the supply gap. And you know what that would mean. We'd see higher prices at the pump. So the answer on inflation isn't clear yet, but our bias is generally do agree with the Fed while also acknowledging that transitory may last a little bit longer than most people had expected. And as recent data suggests there may still be room to be surprised on the upside. Ultimately, however, we think growth will fade back toward potential and that secular dis-inflationary forces, things like aging demographics, should reassert themselves and that inflation will fall as a result, but that could take time.

This inflation debate will no doubt continue for some time to come. Turning to policy, the extraordinary level of fiscal and monetary stimulus provided in the wake of the pandemic raises the question of the policy response, particularly how the Fed and other central banks will exit the current highly accommodative monetary regime. What's your perspective on this?

Well, here too, there's an element of uncertainty. A number of central banks are starting to head toward tapering. In fact, the Bank of Canada has already begun. Now the Fed hasn't officially committed to that, but in the last FOMC meeting, they delivered a dot plot and a set of summary economic projections that the market took as being quite hawkish. The Fed had been telling us no rate hikes until 2024, but now they seem to be saying there's a good of multiple hikes in 2023.

Now it's probably best not to read too much into something that didn't make it into the Fed statement, but it has left the market thinking that the path to tapering and ultimately to rate hikes could be shorter than what the Fed has been messaging just a month or two ago. So while we're waiting for more clarity from the Fed, it's still our expectation that the major central banks are going to be very careful to avoid risking the recovery by moving too fast to tighter policy. The European Central Bank, for example, just added confirmation to that thesis by communicating a very dovish stance when unveiling the results of their strategic review.

But there certainly are varying paces of policy normalization among the global central banks. And in our view, that's an opportunity for active managers to add alpha through positioning in global rates and FX markets. This is a bit of a simplification, but we think it makes sense to overweight the currencies in the more hawkish central banks while over rating the rates of the more dovish.

Rob, thank you very much for your time and insight today. And thank you to all of you for tuning in.