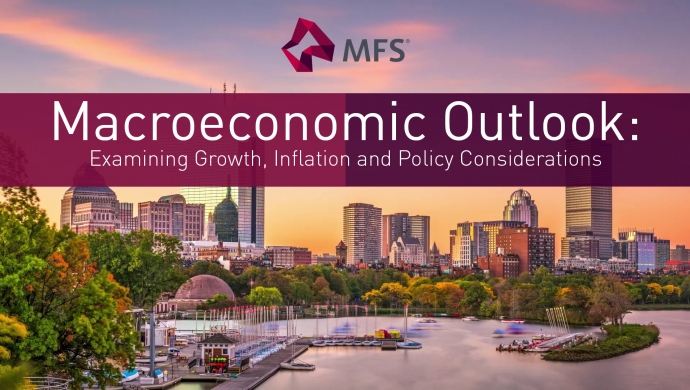 Linda Nockler:               Welcome to this webcast. I'm Linda Nockler from the Investment Solutions Group. I'm here today with Rob Hall, a fixed income institutional portfolio manager, who will provide insight on the macroeconomic context for markets at present. Inflation is a key theme this quarter. MFS's equity and credit analysts have observed widespread evidence of inflationary pressure across a range of industries in the U.S. in particular. And macro indicators also point to an uptick in inflation. Rob, I'd like to begin by asking you about the outlook for global growth, the critical factor in determining market conditions and policy as well as inflation.

Rob Hall:                       Well thanks, Linda. Yes, this year began with expectations of very strong global growth, and that's exactly what we've seen. However, the markets were surprised in the second quarter by the extent to which above-trend growth has been accompanied by above-target inflation, at least in the United States. Now the third quarter has also brought surprises and they forced a reappraisal of the outlook for growth and inflation. We've experienced a double whammy from both supply and demand shocks. So first of all, there have been signs that the Delta variant of COVID has had at least a modest dampening effect on demand around the world, especially in the services sector. But more importantly, we're dealing with supply shocks and they've been driven not only by producer and supplier bottlenecks but also by labor shortages. The bottlenecks can be seen in things like order backlogs and delivery times that have extended, input prices that have risen, higher freight costs. And as a result, shortages of goods and higher prices for the consumer.

The poster child of all of this is the auto industry where shortages of semiconductor chips have sent dealer inventories down to historic lows and car prices to new highs. And so far there are mixed signals on whether these bottlenecks are getting better or worse. So this is something to watch very closely. And on the labor side, employers in the United States are struggling to fill jobs and that's put upward pressure on wages. Again, this makes it harder to deliver goods and services to customers. It makes them more expensive as well because companies are trying to maintain their margins by passing along these higher costs. The bottom line is the growth is being pushed lower and inflation higher. So the market has taken down its growth forecast and raised its inflation forecast.

Linda Nockler:               Rob, can you also comment on the Chinese growth environment in particular, given China is such an important engine for global growth?

Rob Hall:                       Sure. With the Chinese economy, which was last year's global growth leader has slowed more than expected this year, amid a wave of tighter regulation. And solvency concerns in the property sector could further depress activity. Evergrande of course has been the big story here. Chinese policymakers have shown more tolerance of slower growth than most observers had anticipated. And that seems to be on the view that the very generous stimulus that was applied after the global financial crisis has had some undesirable consequences. Now China's slowing underscores another key theme that remains in play, namely the idea that there were significant differences among growth and inflation rates around the world.

The global economy seems to be moving in the same direction, toward recovery and solid growth, but at different speeds. Let me add a couple of points on that. The United States may wind up passing the growth leadership baton to Europe over the next year as the U.S. fiscal stimulus begins to fade. And as the fed shifts towards tightening ahead of the UCB, which is still comparatively dovish. Emerging economies, emerging market economies have lagged in the recovery for a variety of reasons, including delays in their vaccination programs, which have now largely been overcome. So we think they should accelerate in the quarters ahead. And once again, should generate higher growth than developed economies.

Linda Nockler:               How do you see this growth and inflation environment playing out in the coming few quarters? Do you expect inflation will remain transitory?

Rob Hall:                       Well, the current environment raises two key questions. First of all, is some of the growth simply being pushed out, so that we'll see it in a quarter or two, or are we seeing some demand destruction? And we think there's likely an element of the latter in play and that some of the growth that we thought we'd see has simply been forgone. Now, this is certainly suggested by consumer sentiment surveys that show growing reluctance to spend on big-ticket items where prices have risen dramatically, autos and housing come to mind, for example. The second question here is the inflation conundrum that you mentioned. How should we think about what constitutes a transitory period of higher inflation, the bottlenecks and shortages have extended the inflation spike.

And it will probably take longer for inflation to subside than anyone had expected just six months ago. Just how long it will take to subside will be partly dependent on how much demand destruction occurs. So just to summarize our views for the next few quarters, growth remains strong, well above average, but it's shaping up to be a little lower than anticipated. Inflation will also stay well above average. And the recent spike could last longer and peak higher than expected. And monetary policy around the world is moving in the direction of recognizing recovery with a general trend toward tightening.

Linda Nockler:              In closing Rob, what do you expect to see over the economic cycle ahead, especially in the U.S. where the inflation problem seems most acute?

Rob Hall:                       Well, while we think that growth and inflation in the post-pandemic U.S. economy are likely to stay near recent historical lows, we do see scope for nominal GDP. In other words, growth plus inflation to run at least as high as the pre-pandemic period, and maybe modestly higher. Now, why is this? Because the starting point is very different from where the last cycle started. Compared with the aftermath of the global financial crisis, the negative output gap is almost closed. Households and banks are more likely to lever up than delever. Fiscal austerity seems like it's years away. Wage inflation is running considerably higher, personal savings are elevated, personal net worth is at all-time highs, and income generations pretty healthy. And this is very different from where we were in 2009 and it could support somewhat higher growth and inflation through the cycle ahead. The last cycle should not be seen as the template for the next one. It may very well have been the aberration. 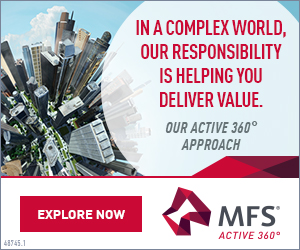