Global Investment Themes to Watch in 2017 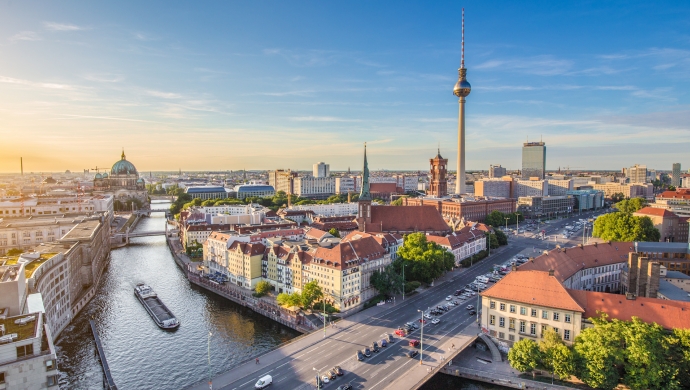 WATCH LATER
Capital Group portfolio managers Tim Armour and Jody Jonsson share their thoughts on the most compelling themes in U.S. and international investing in the year ahead.

Interest Rates, Corporate Earnings, Europe, Japan, China, Russia, India, Brazil, U.S. Banks, Asset Answers, Emerging Markets, 5mins
American Funds video transcript: “Global Investment Themes to Watch in 2017”
Kevin Clifford: Hello, this is Kevin Clifford from Capital Group, and I’m here today with two of our senior portfolio managers, Tim Armour and Jody Jonsson. Tim is the chairman and chief executive officer of Capital Group, and we’re here today to get their outlook on global markets in 2017. Thank you so much for being here.

Tim, I thought we'd start with you. What are the themes you're going to focus on as an investor in 2017?

Tim Armour: Kevin, 2017, I think, is going to be an interesting year. Some of the major themes that I think we're going to have to keep an eye on are, obviously, number one, interest rates, as we saw the Fed increase rates again for the second time in a year. I think, really, the most important issue is going to be corporate earnings. And corporate earnings growth is really going to hinge off of how rapidly will global domestic product be growing, not only in the U.S. but globally. And clearly, since the election here, the assumption is that we're going to have faster growth globally. And if we do, that will be reflected in corporate earnings, which should be good for companies that have fast and rapidly growing earnings.

I think the other part of the equation that we have to pay attention to [is that] there's been a big divergence in the growth rate in the United States relative to growth outside the U.S. And Europe's had its problems, although it is still growing. Japan's obviously had its own issues and seems to be coming out of the woods a little bit here. But we really need the entire global economy to get going, I think, to give the fuel to corporate earnings growth that we need to see.

Kevin Clifford: Jody, let's segue from Tim's last point. You spend your time traveling the world looking at companies. How are you thinking about things outside the United States today?

Jody Jonsson: Well, there's such a big difference between the macro and the micro. People focus on Europe, and they look at negative interest rates and slow GDP growth. Yet we find many companies there that are continuing to grow at very, very acceptable rates and many companies based there that aren't just dependent on the European economy, but are truly global multinationals. In our opinion, things are starting to normalize there. Interest rates are going from negative back to something more positive, which is good for the financial sector, particularly for the banking sector. Many companies are still finding lots of opportunities for growth, particularly in areas like Germany. Many Japanese companies are starting to think more about shareholder returns, dividends, buybacks; they're starting to act much more shareholder friendly. So there are many places one can look around the world and be optimistic, but there are always a few question marks around politics and that sort of thing that keep things interesting.

Kevin Clifford: Jody, let's widen the lens and expand the time horizon. When you and your colleagues think about investing outside the United States, what gets you excited?

Jody Jonsson: I think we always are excited to find companies that are innovative and growing and finding global markets around the world where their products and services are valued. Even in a place like Europe, where growth has been so slow, demographics are challenging [and] interest rates have been negative, we've managed to find industrial companies, service companies, consumer products companies that are rapidly growing, innovative and able to grow around the world.

In particular, emerging markets have been such an interesting area this year because we've had such a bifurcation. We've had markets like Russia and Brazil up very sharply, and then we've had China and India down sharply. It's been very difficult to paint them with a broad brush. You've really had to go company by company, market by market. I think we're still constructive on the outlook for these countries in terms of the longer term growth prospects, in particular in countries where there's been a lot of corruption, like Brazil. We see that starting to be cleaned up and better governance taking hold. When you get some tailwind from commodity prices, as Brazil has had, we see more opportunity there after a long period where it was a very, very difficult place to invest.

Similarly, with India we're quite optimistic on the long-run prospects there, but we've had a temporary hiccup in terms of the demonetization. The Indian market has been affected recently by the government's efforts to stamp out corruption. And they have done what's called a demonetization, which is to replace cash in the system, to basically force people to turn in their cash that was not declared in the system. That's had quite a disruptive impact in the short term on the economy and on people's willingness to spend. We have been long-term bulls on India, and there is a company called HDFC, which is a financial services company that has managed — through many, many, many years — to grow at 15% plus, and is a beneficiary of people coming into the banking system who have been previously unbanked.

While this disruption in the economy is quite significant over a short-term period, say six months or so, we are very confident that a company like this will know how to manage through for the long term, and that the long-term story about people coming into the banking system and becoming part of the formal economy will probably continue uninterrupted.

Kevin Clifford: Great. Tim, a very similar question: When you're in your investment meetings with analysts, what are some of the themes that you all are focusing on?

So these kinds of things are really getting a lot of debate today. Are we at one of these key inflection points? And interestingly, the U.S. market, since the election, is telling us we are. There's been a big rotation [from] the companies that were doing well to those that are doing well now after the election. And so another great example would be the banks. Banks had not done very well until about a month or two months before the election. They started to move a little bit. Since the election, they've been on a tear. And the presumption is with higher interest rates, the banks are going to make more money through more earnings off the net interest margin. So they benefit from higher interest rates. It's a little counterintuitive, but it's a good deal for them. So these are the kinds of things we're talking about, and I'm sure in Jody's group, they're having some of the same debates on some of the same topics.