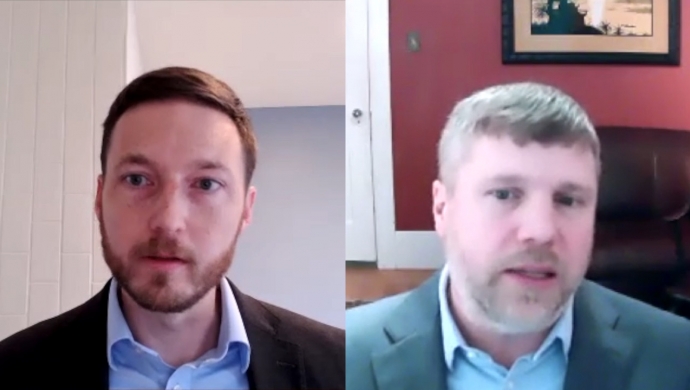 SOE Reform in China – Implications for Policymakers and Investors.
State-owned Enterprises and Investing in China.

Daniel Duncan: In our conversations with investors, we’re often asked how, when looking for quality companies and good management in the emerging markets, you can avoid investing in state-owned enterprises. While there's a lot of truth to those questions, it really is much more complicated than that.

Nicholas Borst: Well, unfortunately there's not a clear definition of what constitutes a state-owned enterprise. It would be a lot simpler if that was the case. So when investors are looking at companies in the emerging markets, by definition, they will have some level of private ownership if they're listed publicly.

But the question is, what is the important threshold for when a company becomes private versus state-owned? So, many investors will look at a company and say if the state owns more than 50% of the shares, then it's a state-owned enterprise. Some investors will put that threshold much, much lower, saying that if the government owns 20% of the shares, it could be considered a state-owned enterprise. Some investors will even look at who the controlling shareholder is, or the combination of controlling shareholders. Unfortunately, it gets very, very murky and it requires a lot of judgment and there are no clear and fast rules.

One approach I try to take, given that uncertainty, is to look more at the actions and behaviors that investors would be concerned about. And in my mind, it's more a matter of what a state-owned enterprise or non-state-owned enterprise is being forced to do that may be contrary to the interest of the underlying shareholders. And so it's really an issue of state control, rather than looking at traditional state ownership. So, if we look at the example of China, there's a core of listed state-owned enterprises, there are some completely private enterprises, and there’s actually a lot of companies that are in the middle. I call it the murky middle, where there's some state ownership, some private ownership – it's not entirely clear where this company would be categorized.

So, in that case, what I try to look at is what levels of state influence a company may be subject to, and really more than ownership, it's often the industry that a company operates in. If it's a sensitive industry, if it's an industry that the government thinks is strategic, it really doesn't matter whether they're state-owned or privately-owned. Companies in those strategic industries are going to face a lot more influence from the state and a lot more pressure that might force a company's management to do something that might be contrary to the interest of the private shareholders.

Andrew Foster: I think it's quite difficult to parse companies’ ownership structures in some sort of binary way – state-owned or non-state-owned – because even within those ownership structures, there's varying degrees of percentage ownership, for instance. As Nick has also stated, I am a strong believer that what matters are the behaviors and actions of the company, because I construe them as being manifestations of the control structure of the company, which is far more important to me than the ownership structure. A lot of times, ownership and control go hand in hand, but that's not always the case. And so what matters most is not the question, is this company state-owned or not? But rather, is this company state-controlled or not? Or, frankly, for even private sector companies, who is the control party and what is their agenda in running this particular company?

So, to explain the idea of control party analysis a bit further, to my mind it rests on the idea that you should begin analyzing a company without a clear perception of who controls it. You may be able to identify readily, in theory, the largest owning shareholder, but you may not actually know who the control party is that actually pulls the strings in the company.

So, what instead you should do is look at the behaviors of the company and particularly three key behaviors I tend to zero in on.

First, which party or entity makes major decisions about the company's decisions to enter or exit new lines of business or add or delete an existing product from its product lineup or service lineup? So, those major strategic turning points about: we're going to enter this new business line, or we're going to divest from this business line, or shut down this product. Those decisions tend to be taken by the control party.

Typically, the same party or entity is behind those three key types of decisions, because they're so instrumental to the success or failure of the company. And so once I know or have at least a working idea of who pulls those three strings, then I have a working hypothesis as to who actually controls the company, regardless of who the largest shareholder is in the company.

The next key piece of control party analysis is then to say, based on what I've observed the company doing, and based on what I can glean about the potential control party, what is the likely agenda that the control party has for the company? What are they intent to do with it? And this is critical, regardless of whether the largest owner is state-based or maybe ostensibly coming from the private sector. Because there's a tacit assumption among many investors – which I think is entirely wrong – that companies are run primarily for profits or for growth, or things that might create a higher share price or create shareholder value.

And that's just not true. Companies are run for all sorts of reasons, including by private sector individuals. They're run sometimes to burnish their personal image, or maybe they're run just simply to expand market share and they don't pay much attention to the bottom line of the company. Maybe it's being run as a vehicle for intergenerational wealth transfer and not necessarily to maximize profit. Maybe if the control party is a state-based actor, they may have certain broader social goals that go well beyond what a profit-oriented shareholder might expect.

The last piece of control party analysis, the third piece, is to just simply – once you've figured out who the control party is using those three different types of transactions, and then started to hypothesize what the control party might be up to – the third step is to then try and figure out how well does the control party's agenda or corporate purpose align with my objectives as a non-control minority shareholder.

And anyone who is thinking, you can find companies where there will be complete or near complete alignment is, I'm afraid, not really working in the real world, and I would say that about developed countries, emerging market countries – it doesn't really matter where your lens of analysis is. It's very, very rare that the control party is really working for and is completely aligned with minority shareholders’ objectives.

But that stated, there are control parties whose objectives generally are oriented towards goals and objectives that minority investors might share. And the most obvious ones are making sure the company is being run in a sustainable manner that promotes the company's social and corporate health, and that leads to hopefully a strong bottom-line profitability and hopefully profitability that grows and expands over time.

So, to the extent that the control party has those objectives, that can mean the governance of this organization is already aligned with what I want to achieve, or, at least, it appears to be, based on the transactional record of the company – and then there's always risk, but you're probably in better grounding to make a sound investment.

To summarize all this, it's really critical to look at the behavior and motivations of the people controlling the company and to make sure they align with your own objectives – that's really what corporate governance analysis is about in my view. And not so much looking at an ownership structure and making binary, often facile, judgments over the motivations of the largest percentage shareholder.