The Courage to Invest in a Better Future 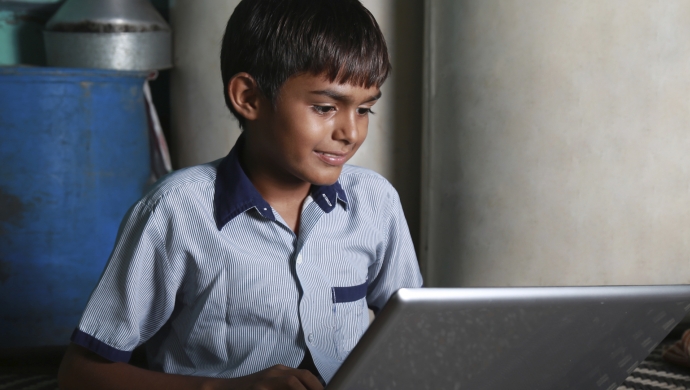 Matt Miller: You’ve talked in the past, in a kind of big-picture way, about the world being on a general march toward progress —

Matt Miller: — and the financial markets as being a kind of problem-solving machine. What do you mean by that, and what are you most excited about when you look out beyond the next year or two — in the way Capital does — at these longer term trends?

Carl Kawaja: Generally, when you describe the world in optimistic terms, I think people think that you are foolish. It always sounds more sober to say, “Well, I have a lot of concerns about this, and I have a lot of concerns about that,” because it sounds like you’re a very thoughtful person who’s weighing the world’s problems with great gravitas. But in my view, that is both a wrongheaded approach and an approach to me that, to some extent, lacks courage. I think courage says, “Things are getting better, the world might get better and here’s how I see that it might.”

But I also believe just factually that the world has gotten vastly better. It certainly has gotten incredibly better in my investment lifetime. I’ve been at Capital for a quarter of a century now, roughly half my life, and I have seen so much improvement in so many areas around the world. I have seen close to 3 billion people between China and India, experience compound increases in their standard of living on the order of 6% to 8% a year. That means that over my investment lifetime, the individual standard of living of those folks, or their per capita income, has gone up fourfold. That’s very significant.

In the ‘90s we read about famine in China, and you don’t read about famine in China anymore. Now you read about obesity, and people are like, “Oh, isn’t it terrible? Chinese people are developing diabetes at an epidemic rate.” And Novo Nordisk has been a very good investment for us, partly on that thesis. But if you have to choose between people starving to death and people eating too many burgers, and so needing diabetes medicine, I respectfully feel like you choose the latter and it’s the lesser of two evils.

And technology has made the world so much better. Someone in India can watch this interview with the two of us online. Or, more importantly, they can go to Kahn Academy, the website, and they can study Boolean geometry and they get an advanced math degree, effectively, online for free. Or they can find information about things.

And in health care, I feel like we’ve experienced so much progress and have seen so many things get better. A company that I owned at one time, Gilead, has really led a major innovation in the treatment of hepatitis C. Hepatitis C causes cirrhosis of the liver, which is scarring of the liver. Cirrhosis of the liver, in turn, causes liver cancer, and it’s a fatal condition. Heart disease in the developed world has become a much more manageable condition. We can all take cholesterol-lowering drugs or blood-pressure medication.

Matt Miller: And in each of these cases — and it’s very compelling, the examples you talk about — what you’re doing is finding ways to harness our clients’ savings to these kind of optimistic, progress laden companies in specific — I mean, it sounds very Pollyanna-ish, but it’s also — it’s happening. It’s happened.

Carl Kawaja: Look, it is happening; it’s happening every day. And you, I think, were saying something that I’ve said before, but I feel like financial markets are a problem-solving machine, you know? There’s a lot of money out there. You can get some of it by solving one of the world’s big problems. Wouldn’t it be neat if they had cars that didn’t need any gasoline? Yes, we have those now. Tesla makes them. Our shareholders have entrusted us with funds to go around the world and find problems that companies are solving — and in some cases, breathtakingly.