During inflationary periods, real assets act as a powerful hedge due to their capital appreciation and low volatility. As the global economy continues to grow and central banks alter their monetary policies, many investors are turning to this asset class for protection. What defines a real asset, how should investors construct their portfolios with real assets, and do investors have to give up any returns in favor of low volatility? In this edition of MASTERCLASS, four financial experts join Asset TV to explain the current opportunities within the asset class, and the best ways to diversify any portfolio with real assets. 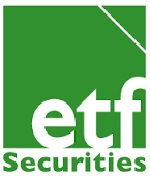