Portfolio managers Rob Lovelace and David Hoag, and economist Darrell Spence share their thoughts on the outlook for global equities, fixed income and economies as they look ahead to 2018. Moderator Will McKenna addresses possible implications of these themes for Capital Group portfolios. 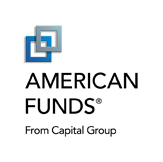